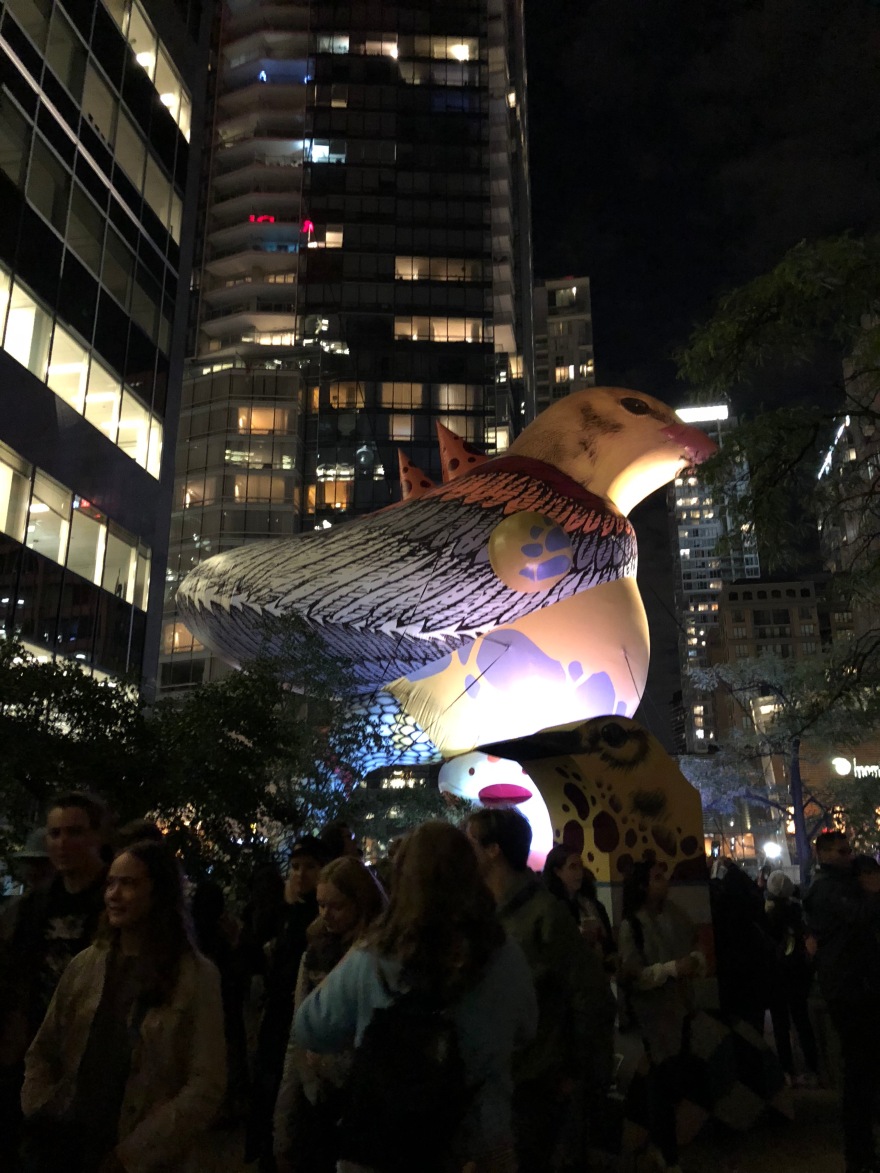 “I can do that, all I need is an iPhone and a couple of lights,” this is what my friend says as we go through an interactive experience that flips our image as we walk through.

This is one of the many lack lustered experiences we were hunting down because it was Nuit Blanche and art was in the air. I remember years ago when they had proper funding and sponsorship the top tier artists and installations that flooded the streets of Toronto. Now, I feel there is a real gap in programming, curation and all around art. I had this same experience at Hamilton’s Supercrawl, where I was looking for some real art and was disappointed at what was presented. END_OF_DOCUMENT_TOKEN_TO_BE_REPLACED

The Venice Architecture Biennale 2018 opened to the public this past weekend and continues until 25 November 2018.

This year’s biennale is directed by the co-founders of Irish practice Grafton Architects, Yvonne Farrell and Shelley McNamara. The pair selected the title Freespace as the overarching theme for the event. END_OF_DOCUMENT_TOKEN_TO_BE_REPLACED 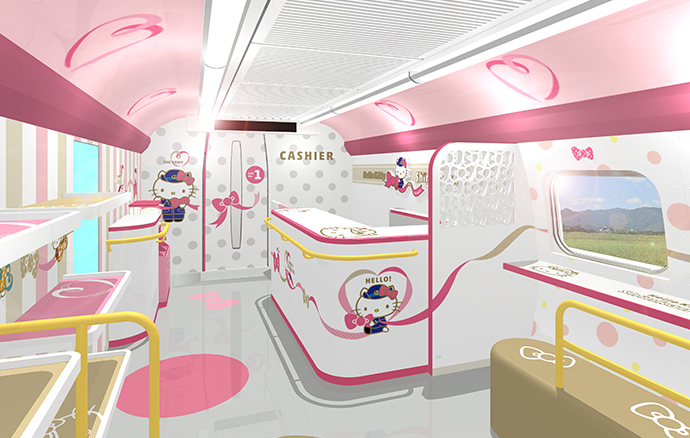 Why do places like Japan think of inventive ways of taking the mundane task of commuting to a whole another level? Hello Kitty is getting their own themed bullet train which will take to the tracks on June 30th. END_OF_DOCUMENT_TOKEN_TO_BE_REPLACED

It’s been a week since the brutal vehicular massacre that has clouded our city. Since then, I’ve noticed more barricades located around high traffic areas, one, for example, is Union Station. LIke, it wasn’t crowded enough coming from the GO and then jockeying for position to cross the street. Now, we have to maneuver around these mini cement walls. Which by the way, doesn’t make me feel safe whatsoever. END_OF_DOCUMENT_TOKEN_TO_BE_REPLACED

“What do you think of the exhibit?” a nice lady asks me outside of the exhibition space. “I think there’s too much text”, I tell her. “Yeah, you really have to think through it.” END_OF_DOCUMENT_TOKEN_TO_BE_REPLACED 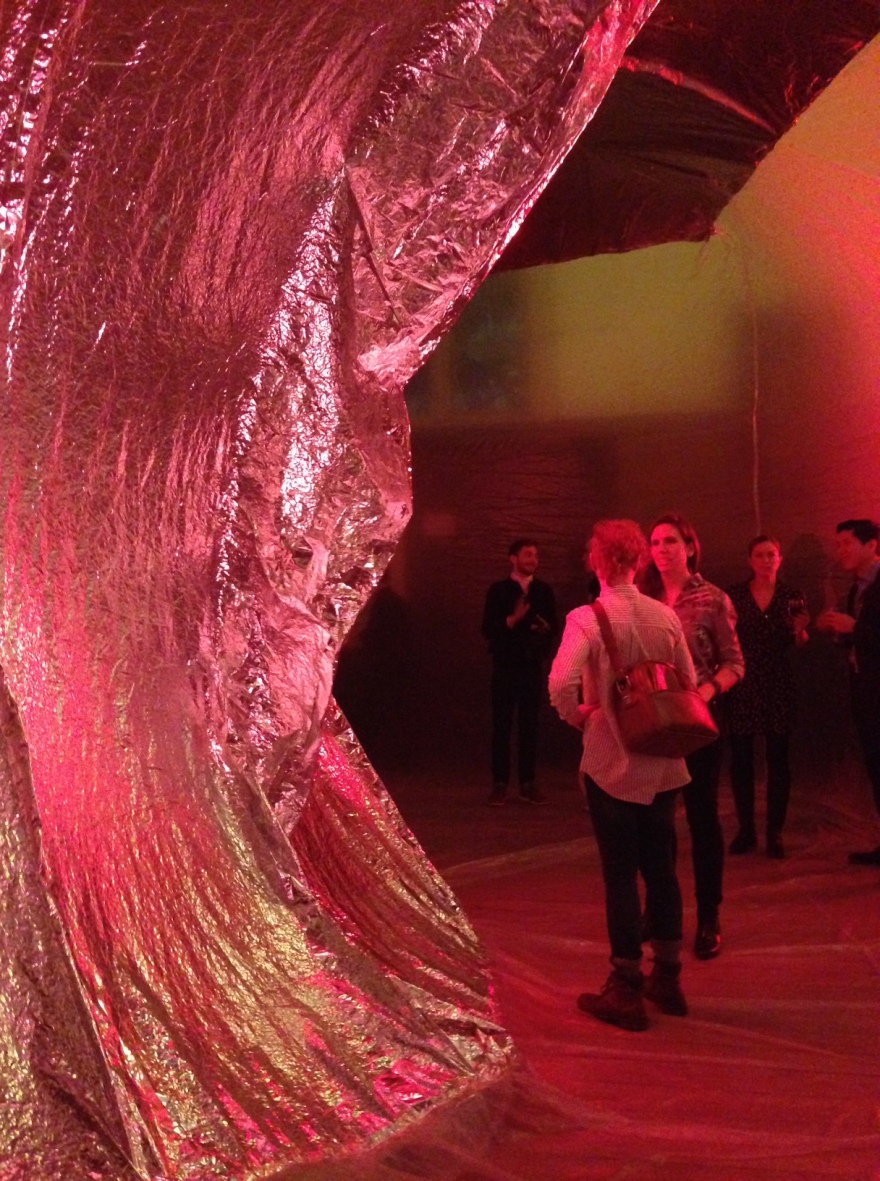 Set within the historic Church of Holy Trinity in the heart of Trinity Square and steps from the Eaton Centre, the opening party of the Toronto Design Offsite Festival launched. The main feature of the event is an installation from Design Fabrication Zone (DFZ), Ryerson University’s interdisciplinary incubator for design and fabrication. This is the description of the installation provided by the designers: END_OF_DOCUMENT_TOKEN_TO_BE_REPLACED

OCAD University’s constant evolution is based in the belief that creativity serves a vital function in society – that imaginations have the unique power to develop real-world solutions to improve and transform lives.

To lead the helm of The Creative City Campus (CCC) project with looks to revitalize and expand the institution’s core creative spaces on McCaul Street will be two internationally-renowned firms, Morphosis and Teeple Architects, who will work with Two Row Architect, a 100 per cent native-owned and operated firm on the Six Nations in Southern Ontario, to create the Indigenous Visual Culture and Student Centre and to ensure that Indigeneity is embedded successfully throughout the project. END_OF_DOCUMENT_TOKEN_TO_BE_REPLACED

These buses were made for me…well for those travelling to-and-from the Hamilton GO station. When I first saw them on the road, I was excited because it meant that I could get a new perspective on my daily commutes. Here are some quick facts about the new buses:

END_OF_DOCUMENT_TOKEN_TO_BE_REPLACED

Yesterday was World Peace Day, and during Father’s homily he mentioned that the Nativity scene is the perfect example of a symbol peace at Christmas. St. Francis of Assisi is credited with the creation of the first nativity scene in which he brought animals and humans together to celebrate Christ’s birth.

This made me think of the Nativity scenes that are positioned in public spaces during the holiday season. In Hamilton, we are lucky to have a nativity scene positioned outside of city hall. I have one made of cardboard and little figurines. But the one that is probably the most famous is the annual display at the Metropolitan Museum of Art (MET) in New York City. The Christmas Tree and Neapolitan Baroque Creche, in the Museum’s Medieval Sculpture Hall. END_OF_DOCUMENT_TOKEN_TO_BE_REPLACED

October of last year, I traveled to Lisbon Portugal to visit the 4th Lisbon Architecture Trienniale. As part of the opening the newly constructed MAAT (Museum of Art Architecture Technology) opened it’s doors to the public. The undulating structure, designed by AL_A is located on the River Tagus in the district of Belem, at the heart of an urban revitalization plan along Lisbon’s historic waterfront.