A fish dying in the arms of a man is what first strikes us upon entering Jonathas de Andrade’s exhibition. The film O peixe (The Fish) depicts in ten vignettes fishermen cradling their catch, the two species merged in a morbid embrace of sinew and scale. The scenes in the film, simultaneously brutal and tender, confront the viewer with the tension and pathos of the dying process, up until the fish takes its last breath. At that exact moment, the scene moves on to the next couple – man and fish – and the tension begins again, transforming the single action, through endless repetition, into a ritual. The predator, the human, is stronger than its prey, the animal. He dominates it, yet he devotes himself to the fish throughout the process of its passing. 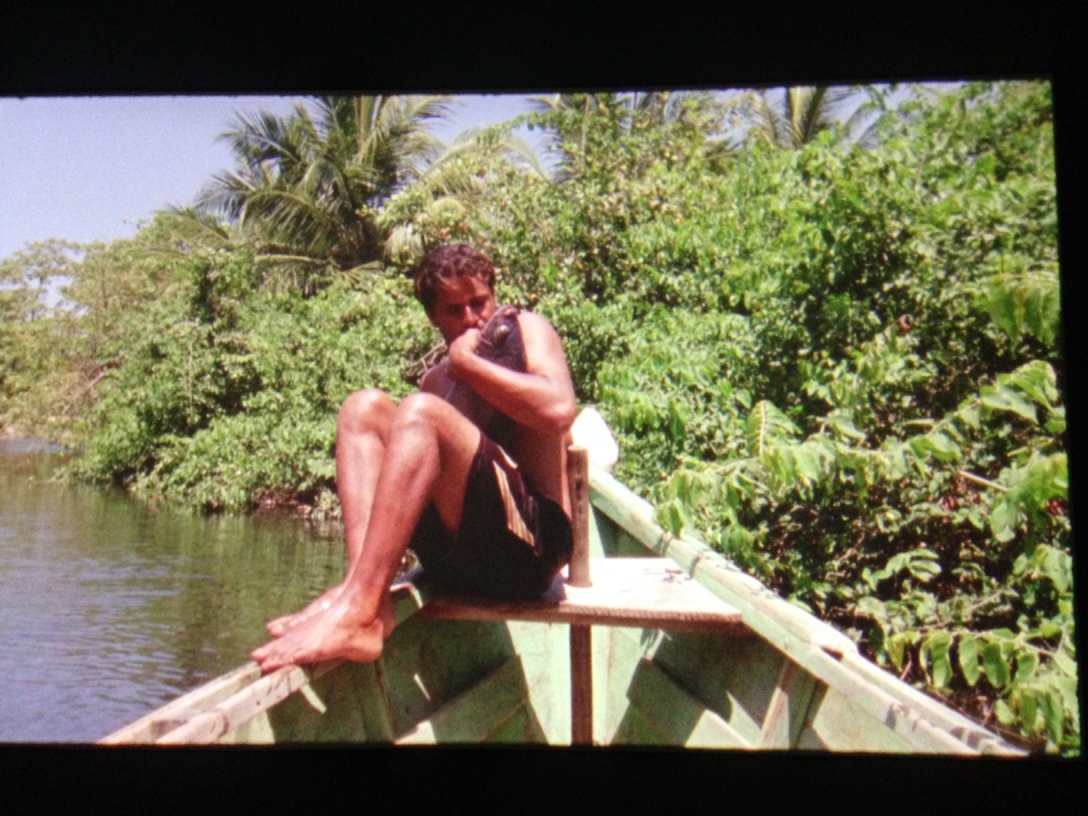 This beginning installation, the establish theme of nature and peaking into the life of a fisherman, a beautiful I might add, is very calm and serene. But when he catches his prey and begins to caress it, this is where it becomes very uncomfortable to watch, and almost cruel. I’m sure if this wasn’t art, members of PETA would be protesting the artwork. Watching the fish, slowly die in the arms of his killer is very morbid. If you step back and look at the larger message of life and death and that we are all part of the vicious cycle then maybe it’s tolerable. But for the average Joe wanting to soak up some culture, it can be too much to bear. 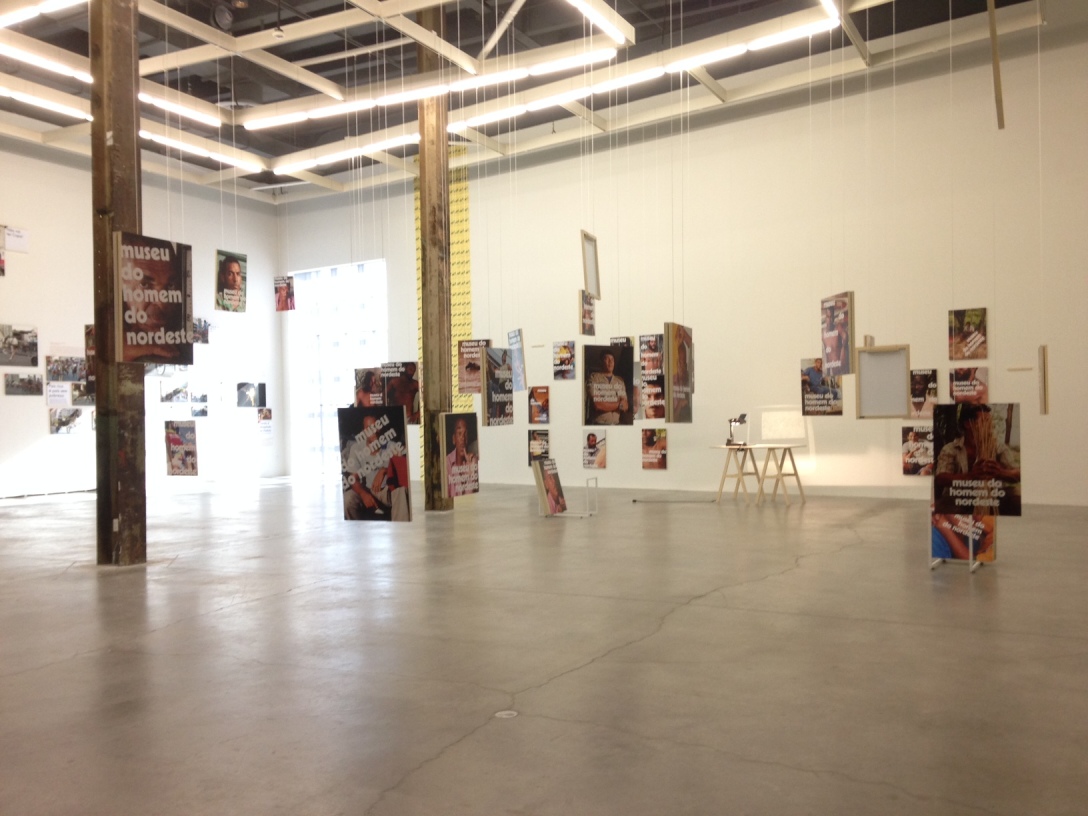 In his work Cartazes para o Museu do Homeme do Nordeste (Posters for the Museum of the Man of the Northeast), de Andrade revisits the construction of the national identity of Brazil’s northeastern region, which was largely shaped by the sociologist Gilberto Freyre. Freyre’s book Casa-Grande e Senzala (The Masters and the Slaves) (1933) posits that racial democracy in the region has been achieved as the result of the miscegenation between Portuguese colonizers, African slaves and the indigenous people – a theory that led to the foundation of Recife’s ethnographic museum Museu do Homem do Nordeste in 1979. Though Freyre’s text and the museum introduce multiculturalism as a positive force, this is controversial given the lived experience of racial discrimination. As a response, de Andrade proposes a new image of the museum through a series of posters featuring staged portraits of local workers who offer their faces as a representation of a reality that the museum only seemingly addresses.

The transition from the dark hallway into this open, light, space gives the viewer time to walk around and admire the many dangling posters on display. The sheer amount of portraits are inspiring and the real vs. the fake begin to disseminate throughout the space. If you look closely you will begin to see the posters merge into larger compositions within the blank artistic landscape.

Both works elucidate that all realities are socially constructed. Depending on the power relations in place, some realities dominate and define, while others are marginalized. Based on the realities of these peripheral societies, de Andrade’s works become the vessel through which those lived experiences can unfold upon a stage that he has constructed.

Johnathas de Andrade’s exhibition at The Power Plant is the artist’s first comprehensive institutional solo exhibition outside of Brazil.