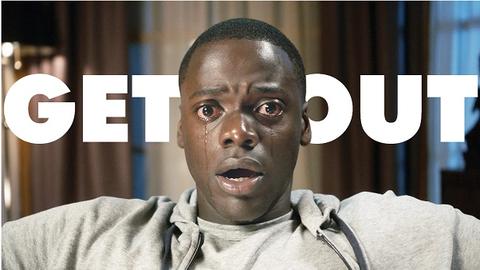 I finally watched this modern contemporary portrayal of race in America set within a horror movie. Maybe because I’m neither black or white, some of the innuendos I may have been missed, but being an Asian female, I have lived through many racial profiled moment. And, will admit that I have either used it to my advantage or failed to even recognize the situation.

My first Get Out experience would be when I went over the border to go shopping, with two friends. It sounds innocent, but my two friends were black males. When we came back, they asked us some questions, we answer them honestly then was asked to pull over. We got out of the car, were taken into the office and were asked questions. Then, they searched our things. In the end, they let us go. That is a scene written write out of the movie when Chris and Rose are stopped by the police and he is asked for his ID because he is black.

My second Get Out experience was in Milan. I had to pick up landed residence card from the police office (this is a whole other story). But, to navigate the historical racism that is Italy, I brought with me a friend, a local, Milanese friend to help translate the whole situation. What I later learned was that a lot of police officers are from the south and there is a whole racial divide about the north and south in Italy. And by bringing with me someone from the north to speak to individuals from the south I had an edge because they would respect my friend and myself at the same time. These are nuances that only locals could tell me but I used it to my advantage to get what I want. This is literally the whole movie where the white are using the blacks to have an edge in life.

What could be the next “Get Out” phenomenon that brings the underpinnings of society to the forefront?