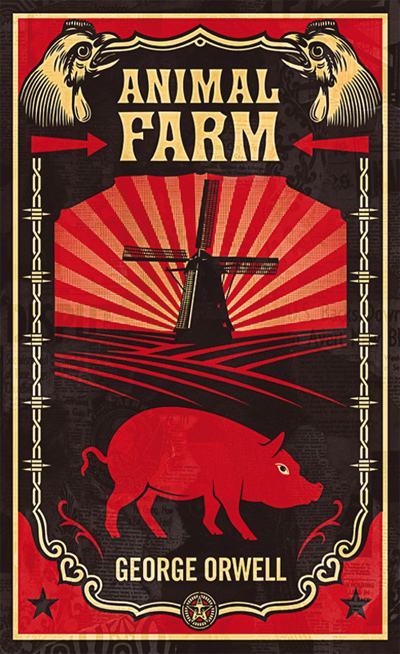 I’ve finished my first book of the new year…Animal Farm by George Orwell. The novel is a political satire that looks at the events leading up to the Russian Revolution and into the Salinist era. Despite the book being written nearly 70 years ago, I find some parallels to what is currently happening in the United States with President Trump, especially after his press conference that went terribly wrong.

It’s been less than a month that President Trump been in office and it hasn’t been the “well oiled machine” he thinks it has. Trump has been trying to govern by impulse, on whim, for personal retribution, for profit, by decree—as if he had been elected dictator. It doesn’t work this way, and the wheels are coming off the bus.

Yesterday, President Trump went on a 77-minute rant about the press for negative coverage of his administration, complain that the country he inherited was “a mess”, while waving away the well-documented dishonesty of his own national security adviser, Michael Flynn, which led to Flynn’s resignation regarding his contact with Russian intelligence officers.

Yet it was Trump who was caught in a blatant falsehood Thursday, when NBC’s Peter Alexander challenged him on his claim that his electoral-college victory was the largest since Reagan’s. And once again, his response revealed that he is only outraged by perceived falsehoods when they come from the media.

Now, ‘fake news’ and ‘false truths’ are now part of our modern vernacular. But if we look back, Orwell exhibited these exact traits in his novel where the pigs would continually lie to the members of the farm, twisting the truth so they could reap the benefits.

Can we learn from the past so we don’t make the same mistakes again? Only time will tell.