Archiset by Federico Babina are illustrated film sets which are made to represent doll houses. The backdrops then begins to play with one’s imagination together with the movie’s characters from the movies.

The collection consists of seventeen images of Banina’s favorite movie set interiors. In the drawings, the canvas of the cinema and architecture begin to merge into a single frame and start to speak the same language.

Typically, in a movie we discover the spaces through the camera movement that reveals the spaces where the main characters live. 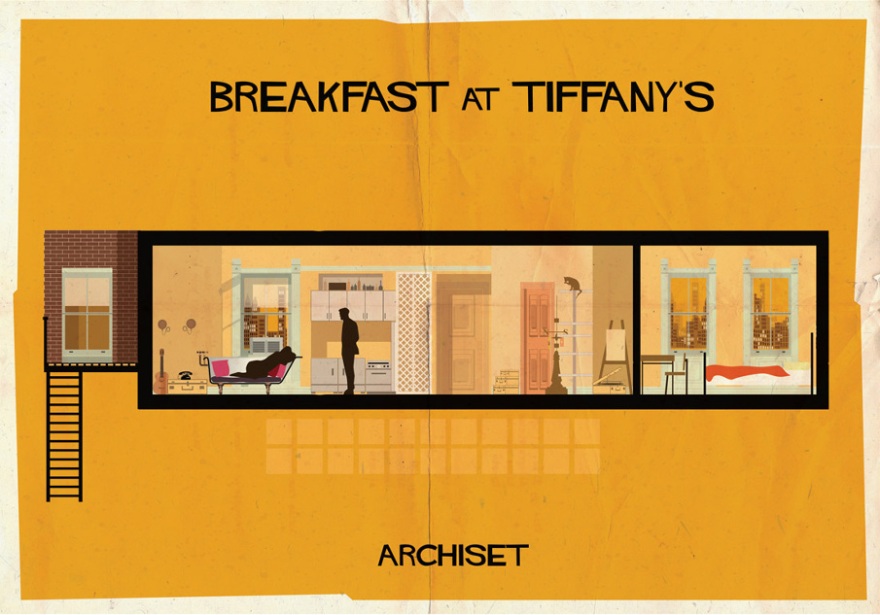 Babina enters in on tiptoe through the drawing in the rooms and environments where there’s the film’s life: he touches objects, he looks through the windows, he open doors.

Each item participates in the script and helps the development of the plot. A half-full glass on a table reveals clues and becomes part of the puzzle that makes up the story.

In these films every room has a style and a defined personality and contains surprises and unexpected details. They are like big magic boxes full of stories and characters, able to make us dream.

All images courtesy of Federico Babina