One Yonge by Toronto-based firm Hariri Pontarini Architects will be a mixed-use development that re-defines the typical ration between residential, commercial and retail space within a single city block. Located on the longest street in North America, this proposed landmark will comprise of six new buildings, and the re-cladding and addition of 10 storeys to the existing Toronto Star building. 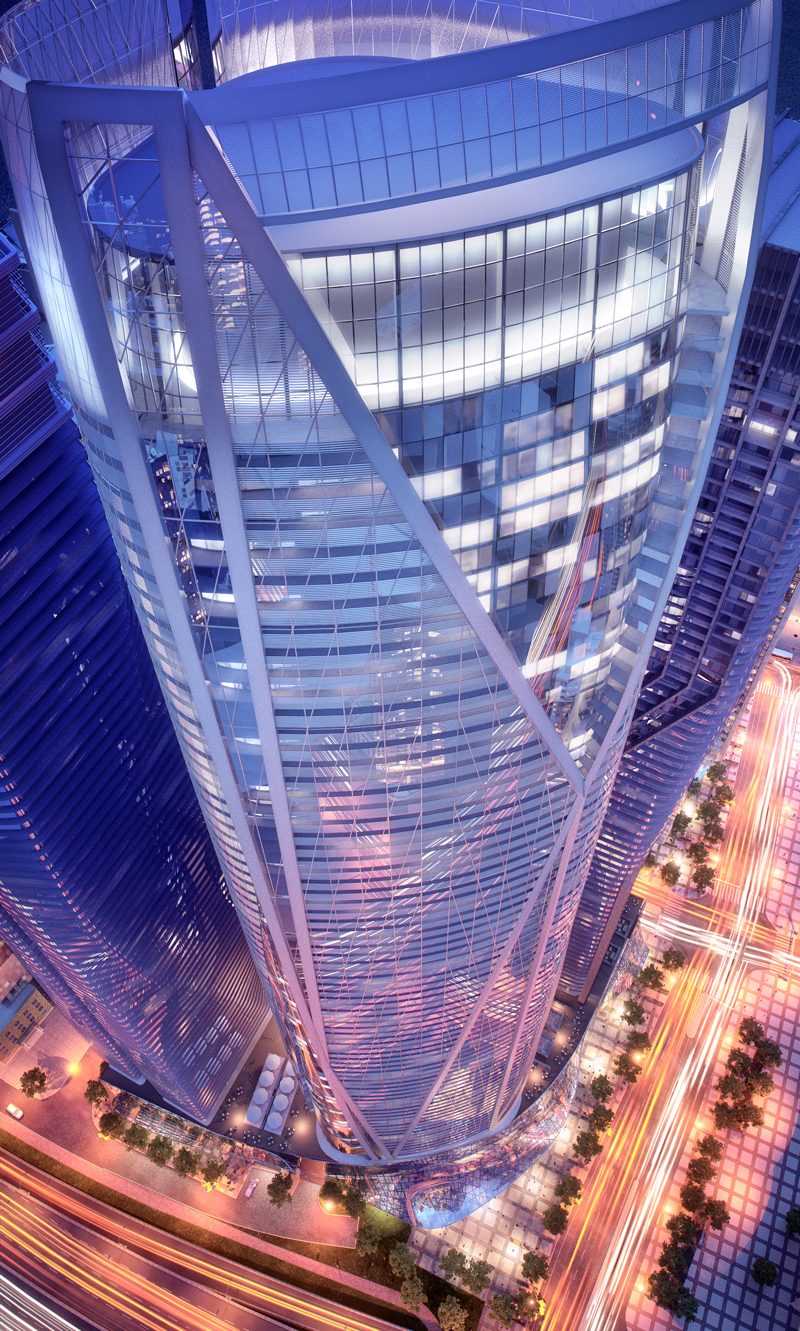 Varying in height with over 6 million square feet of accommodation, the scheme proposes a 40-storey office tower, a 70-storey tower with a hotel and branded residence, and four residential towers, the tallest being 88-storeys, all with extensive retail over three storeys.

This iconic project proposes to also bring a significant change to the public realm. With a commitment to a high quality streetscape, a dramatic sculpted canopy will animate the north-west corner of the site (at Yonge and Lakeshore Road), while sidewalks around the development will be widened to accommodate the increased pedestrian traffic. In addition, the buildings will also be surrounded a courtyard with a woonerf-style access. 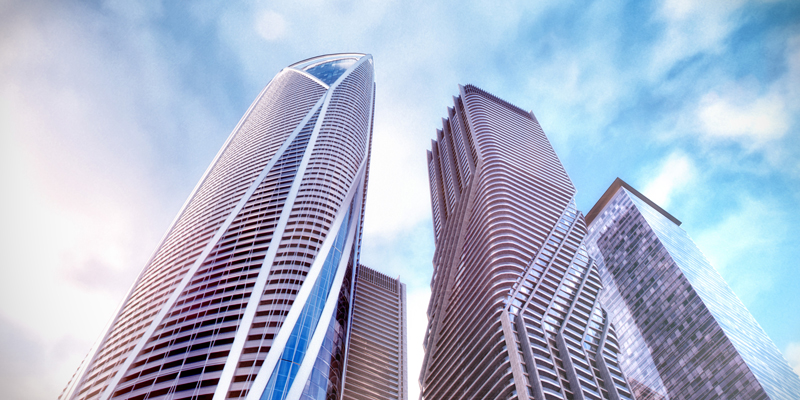 The master planned development will transform and re-vitalize the area acting as a gateway for the extensive redevelopment of the East Bayfront area, directly east of the site. This project will set a new standard for smart growth and densification. 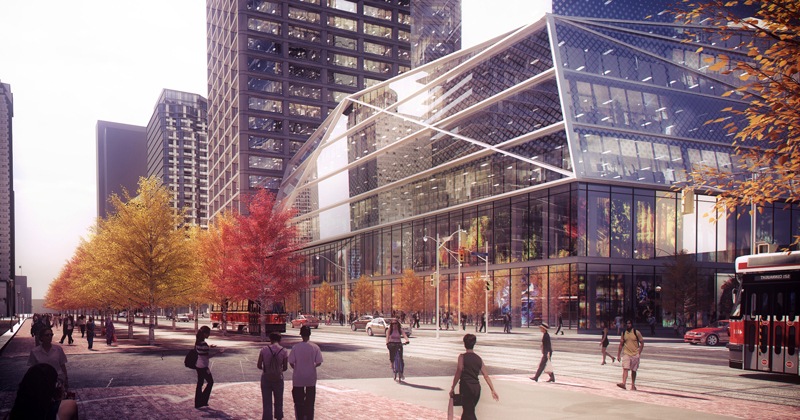 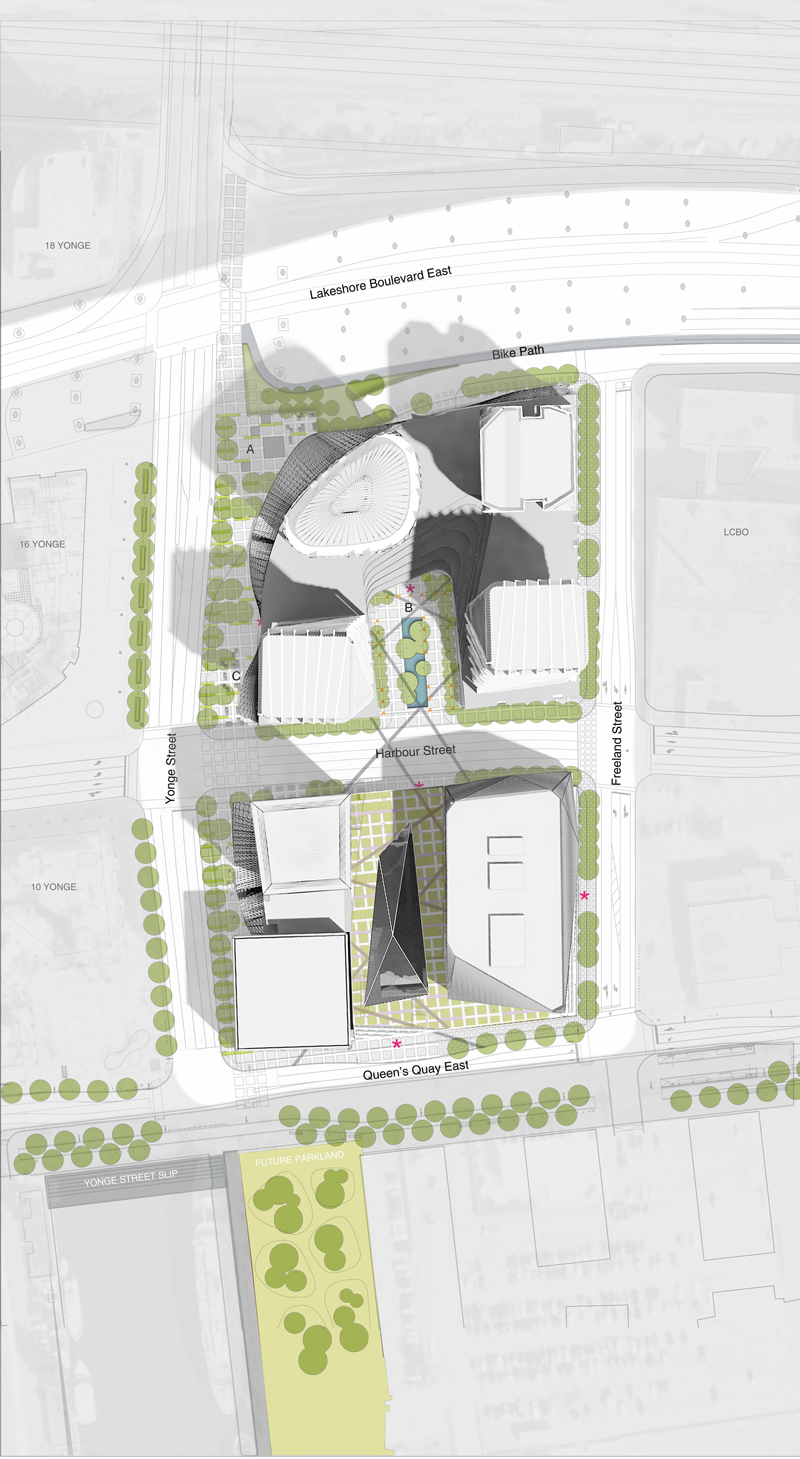