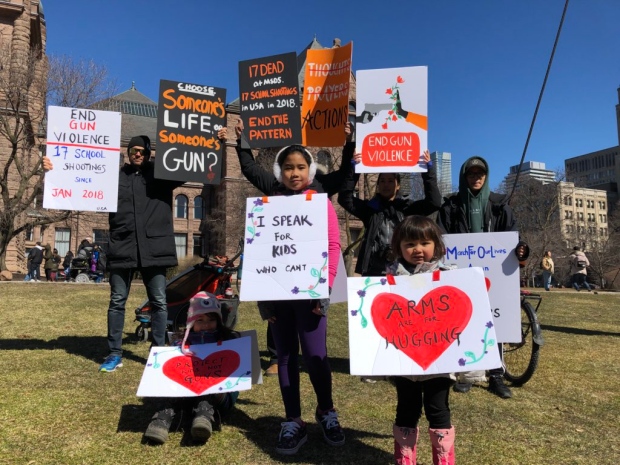 Yesterday, students lead a massive march against gun control in the United States delivering a resounding message that Washington’s inaction on the scourge of gun violence is no longer acceptable. This was on the heels of last week’s National School Walkout.

Despite Washington being the main event, over 800 sister marches were held across the country from Boston to Los Angeles. Here in Canada, demonstrators began the 1.5km march to Queen’s Park demanding tighter gun laws in the states.

This broken system leaves the student feeling fearful and vulnerable when they should be passionate about learning. Education and the institution should not be the place where the life of a student ends but ultimately begins. Even though our gun violence isn’t as prevalent in the states, it still happens and we should all be aware that we are not immune to violence in our own backyard.