Bathroom equipments are standardized and normalized, thus the
space is almost always organized in the same way. The improvement
of ventilation allowed for the bathrooms to be removed from the
facades, but also made for them to have natural light, a luxury, which
implied for space to lose in quality. Bathrooms are now functional
spaces where the equipments are against the walls and in which the
user finds himself at the center, as soon as he walks through the door.

In parallel and specially in hotels, it has been demonstrated that the
conception of nudity and privacy is evolving ; more and more often, some bathroom walls are replaced by glass which opens the space
on the room. 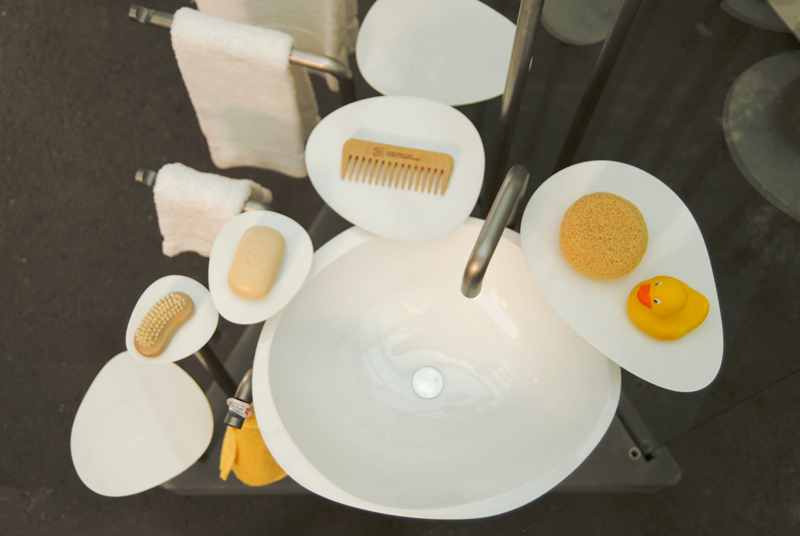 Allegory Studio asks itself about bathrooms being conceived as
spaces; aside from the toilets, could bathrooms evolve from being a
space to being furniture ?
With a triangular shape and being independant from any walls, Roundabath is a bathroom-object which invites to turn around
it. Not far from a wall, it generates secondary spaces, as well as a
hierarchical tension in the floorplan. The bathroom is imagined as a
workshop which the user can organize in his own way. The individual
will almost methodically turn around the object on an a daily basis
and in the order he prefers, thus creating a new routine.