A master plan with a scale typical to the massive developments in China, BIG Architects has won the international competition to design Europa City. Located in the Greater Roissy, the new Triangle Gonesse district, is a unique suburb of Paris, France. The metropolis will mix cultural, recreational and commercial on 80 acres, to form an exchange of leisure and commercial activities.

The plan has been designed to meet the needs of a European culture and lifestyle.
This territory was chosen because of its great potential, as one of the main economic centers, characterized by a young population. The project aims to triple support the economic development, opening the territory to external audiences, and bring new inhabitants to the territory. It will be served by the Grand automated metro Paris Express and extension of the RER D (rapid transit system).

The landscape architecture will create a new urban typology combining open and dense surroundings. BIG’s first approach is to overlay the urban frame with agricultural land. The surfaces of the program are organized along
a main road that focuses around the central square, inviting those to discovery EuropaCity. 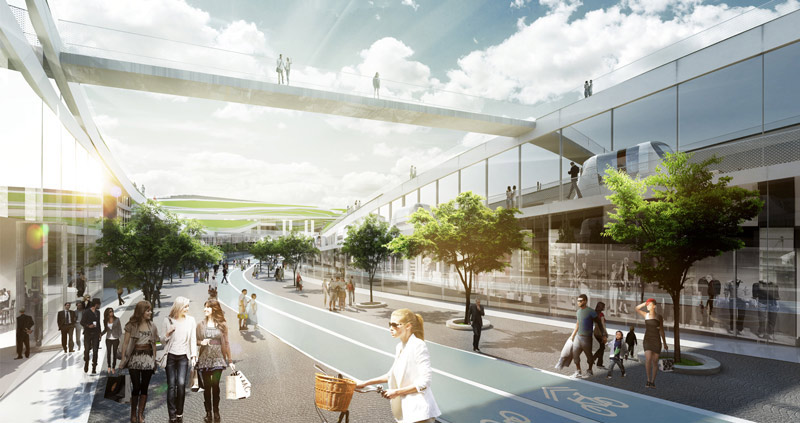 The project includes several urban expressions to diversify the public spaces such as a park, the circular boulevard, accessible modes of transport, places designed to accommodate event-activities, the streets are inspired by the Parisian walkways.

The multifunctional roof is symbolic of the importance given to public space and nature in the project. It is designed in synergy with activity spaces it houses, such as, entertainment, shopping, culture, restaurants, hotels. 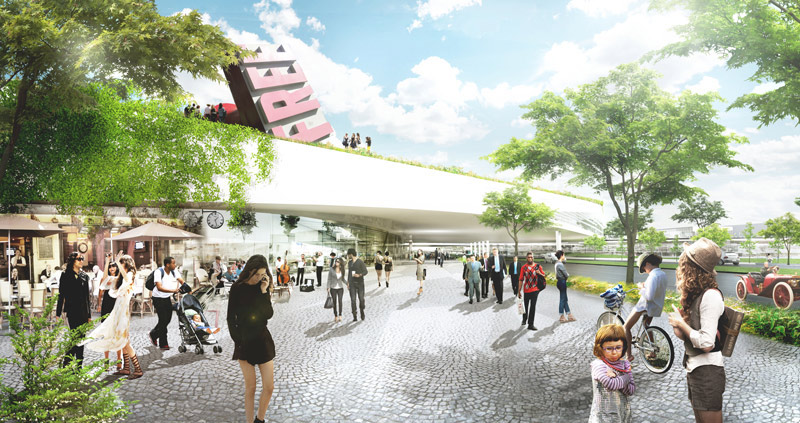 The overall geometry is determined based on the site’s connections and constraints specific to the territory. To the north, the station of the Grand Paris Express, and the A1 and A3 motorways, to the south, the RD370 service. From its center, Europa City stretches to as close as possible to each of these structural elements. Its volume is carved to fit the context urban and landscape by providing visual identifications. The roof, largely vegetated generates a large green open space, extending the green corridor that runs through the Triangle Gonesse. 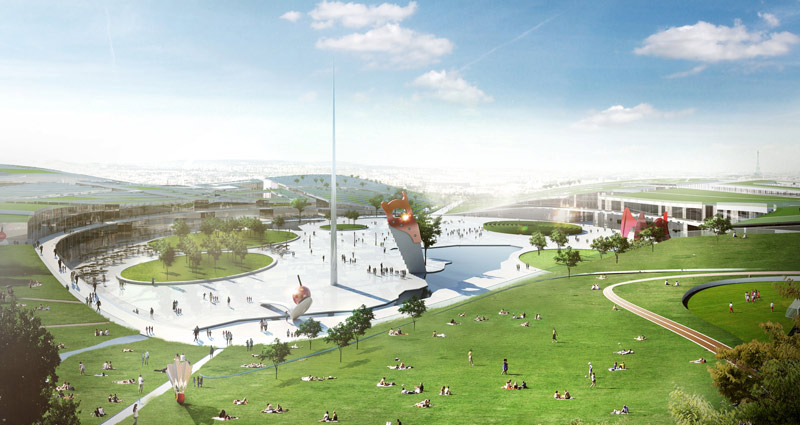 Offer:
50,000 M2 of Cultural Space which includes:
two theaters of 2000 seats and 500 seats
a vast area of ​​international exhibitions
a 360 ° room for contemporary circus
a resource center and library
an artists’ residence
a cultural center for children

150 000 M2 of Leisure space which consists of:
a water park
an amusement park
a snow park
an adventure park combining extreme sports, sports, urban sports
a set of equipment wellness and fitness
an educational farm with gardens gathering and cooking workshops

230,000 M2 OF Commerce which includes:
flagship stores
concept stores
pop-up stores
temporary boutiques department stores
a wide and varied range of large brands stores, with the integration of web technology at the point of sale
showroom, workshop creation and production of European and international artists markets
local events enabling a shared experience between residents and visitors

Design strategist and content creator for hire with a passion for arts and culture specifically in design, architecture, and travel. She has produced content for designboom, Azure magazine, Open City Projects, Digifest, and World Design Weeks. Follow her on Instagram and LinkedIn.